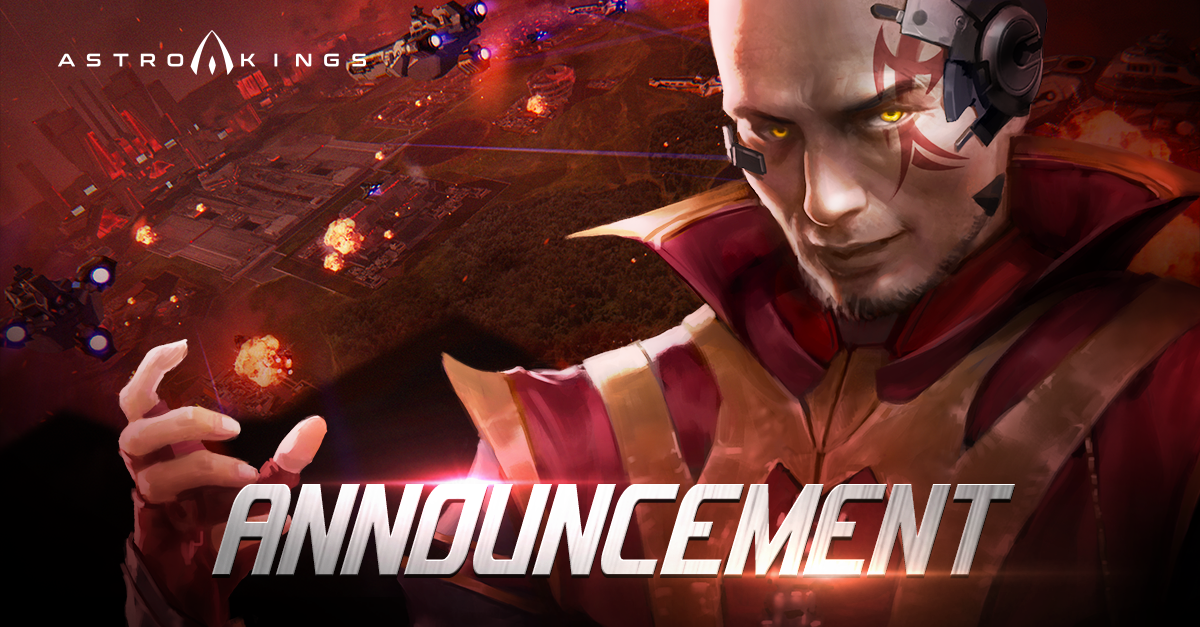 First of all, we sincerely apologize for any inconvenience if we were not able to meet our commanders' expectations about our update.

The cause of all the problems is the lack of our content, but there seem to be some misunderstandings about some content, so I would like to give an additional explanation and ask for your understanding.

The goal of Interspace is to allow commanders of all servers to gather in one space to engage in fun battles and tactical and strategic confrontations.

However, as you know, the current Interspace is not functioning properly due to the lack of content.

Therefore, our development team is preparing an improvement update to make Interspace more interesting based on the opinions of our commanders received through surveys and tickets. Through this update, we are going to take steps to improve the reward merit, which is the most important issue, and to allow cooperation and unity of the existing federation to continue in Interspace.

The setting for the defense fleet level of the capture point reset, which is currently an issue, should be applied immediately when updating the Interspace, but it was not applied due to the mistake of the development team.

If this is not corrected, it will be difficult for the war itself to be conducted normally, and in particular, the attack points of users who are not at the highest level of combat power will disappear and their role will be further reduced.

However, it is also reasonable to assume that the defensive fleet level is set high immediately after capturing the base and to preserve the results of hard occupation activities. Instead, the level of the defense fleet will be reset from the newly occupied base.

The second is about joining the federation's faction and refuge function.

Joining a federation unit faction is a measure to resolve the contradictory situation in which you cannot advance into Interspace with the federation members you have been living with or have to fight as enemies.

While this may be a concern for commanders, I think you'll agree that it's an important issue that prevents a significant number of commanders from participating in Interspace even if they want to.

Contrary to what many commanders are concerned about, membership in popular factions is still limited according to the proportion of the number of factions, and since the federation leader only allows federation members to join the faction, it is difficult for all participants to be flocked to a specific faction. It won't happen easily.

In addition, since the refuge function is only allowed for relatively inferior forces, it is impossible to move to a popular group through this function, so please do not misunderstand that point.

Finally, it is the refuge approval and deportation functions requested by the commanders.

As mentioned above, the refuge is a limited movement to the lower status, so we don't think this function will accelerate the concentration of power.

However, if it is determined that the refuge function needs to be supplemented in the future, we will review the addition of the approval function according to the requests of commanders.

Perhaps, if many users request the refuge approval, the valuable time of the corps commanders can be wasted, so I think that it would be reasonable to go through the approval of the federation leader.

Also, I would like to say that the faction dismissal function is a more sensitive matter than the refuge function, and it is a matter that can neutralize all efforts to resolve the Interspace power imbalance, so a sufficient review is necessary.

In addition, we know that many commanders are feeling tired from the time and effort wasted by content that is repeatedly performed every day, and we are considering adding an automation function to alleviate this.

Through future updates, we plan to add more valuable rewards that can only be obtained from Interspace, strengthen strategic tactics, and gradually supplement devices that allow low-middle-level players to play a more meaningful role in battle.

We apologize once again for any inconvenience caused during the Interspace update process, and we promise to do our best to normalize Interspace content as soon as possible so that you can enjoy the game.

Thank you very much.