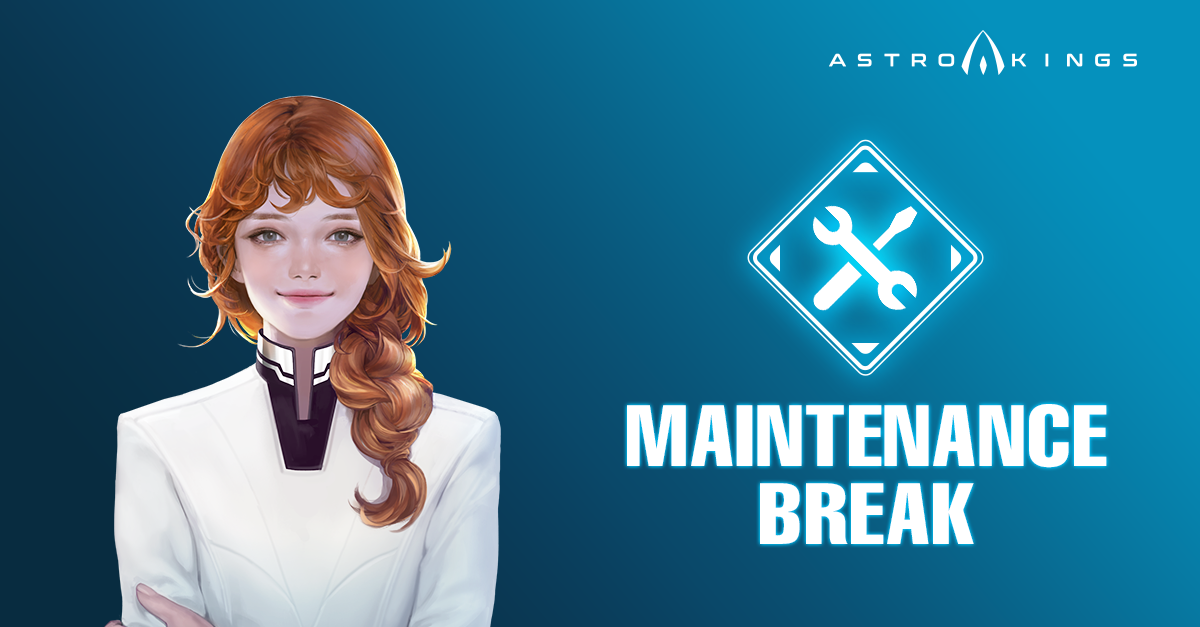 Here are the details of ASTROKINGS' upcoming maintenance on the 25th of May.

Note: As this is advance notice, the content or schedule may be subject to change depending on the circumstances. We'll notify you of any changes.

The E.M.U. is hosting the War Memorial Week, an event that has been forgotten since the Crux invasion and the collapse of the Empire. The War Memorial Week is an important event to mourn for those who have died, remind the survivors of the meaning of sacrifice, and strengthen their will to move forward for the future of mankind. Please collect 'Tears of Sorrow Points' to mourn the victims through various activities. E.M.U. will provide a lot of rewards depending on the activity.

Participate in the event to earn Tears of Sorrow Points and earn various rewards!

<How to obtain Tears of Sorrow Points>

5. 100 Tears of Sorrow points when logging in to the game once per day

The War Memorial Week is an event to mourn for those who have died and a period in which we exert more effort to strengthen our national power so that no one will become a victim anymore.

Build or enhance ships to strengthen your fleet and earn various rewards!

<How to earn points>

6. 20 points when you complete 1 daily mission

Our sincerest apologies that this event has been removed due to unforeseen circumstances.

Basic information on Relic Circuits has been discovered in each region of Interspace.

As a result of researching artifacts based on this, we have completed a new artifact - “Relic Circuit”.

By injecting a huge amount of energy into the Relic Circuit, a new relic circuit is formed.

When this is combined with the ship enhancement system, the stats of all the ships it belongs to are further increased.

Unfortunately, the schematic generated by the Relic Circuit cannot be controlled yet, it may take multiple tries to get the relic that you want. Instead, the more you try, the bigger your Relic Circuit will expand.

New relics are given names based on where they were discovered, and many explorers are trying to find information about relics that have not yet been discovered. 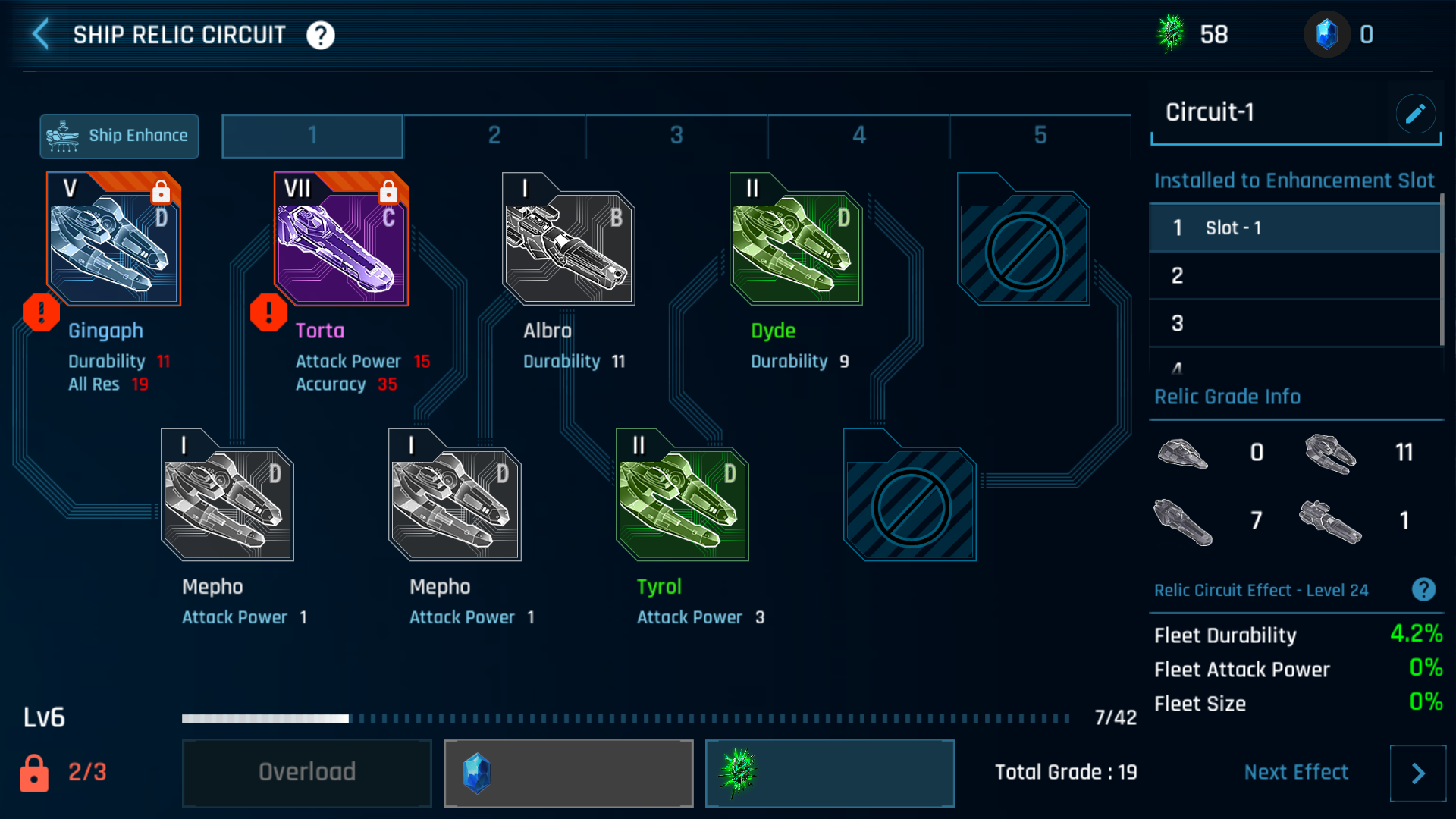 The relic circuit consists of up to 9 relics.

As the relic circuit's level rises, the number of relic and lock slots increases. 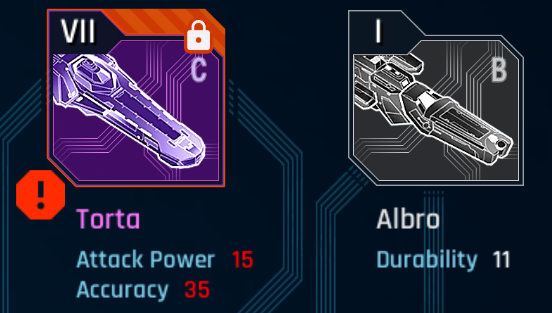 A relic is a special item that is engraved on the relic circuit and has a dedicated normal ship stat.

When engraving with a black stone, a new relic is engraved in all slots placed in the relic circuit.

The amount of black stone required for engraving increases according to the number of open slots.

When you tap a relic, the relic is locked, and even if engraved, it will remain.

The number of black stones required for engraving increases according to the number of locked relics.

Black Stones can be obtained from the Empire Arena Merit Shop or the Interspace Faction Shop.

If you do not have a black stone, you can use a crystal to engrave.

When engraving using crystals, you can engrave up to 10 times per day for each relic circuit. 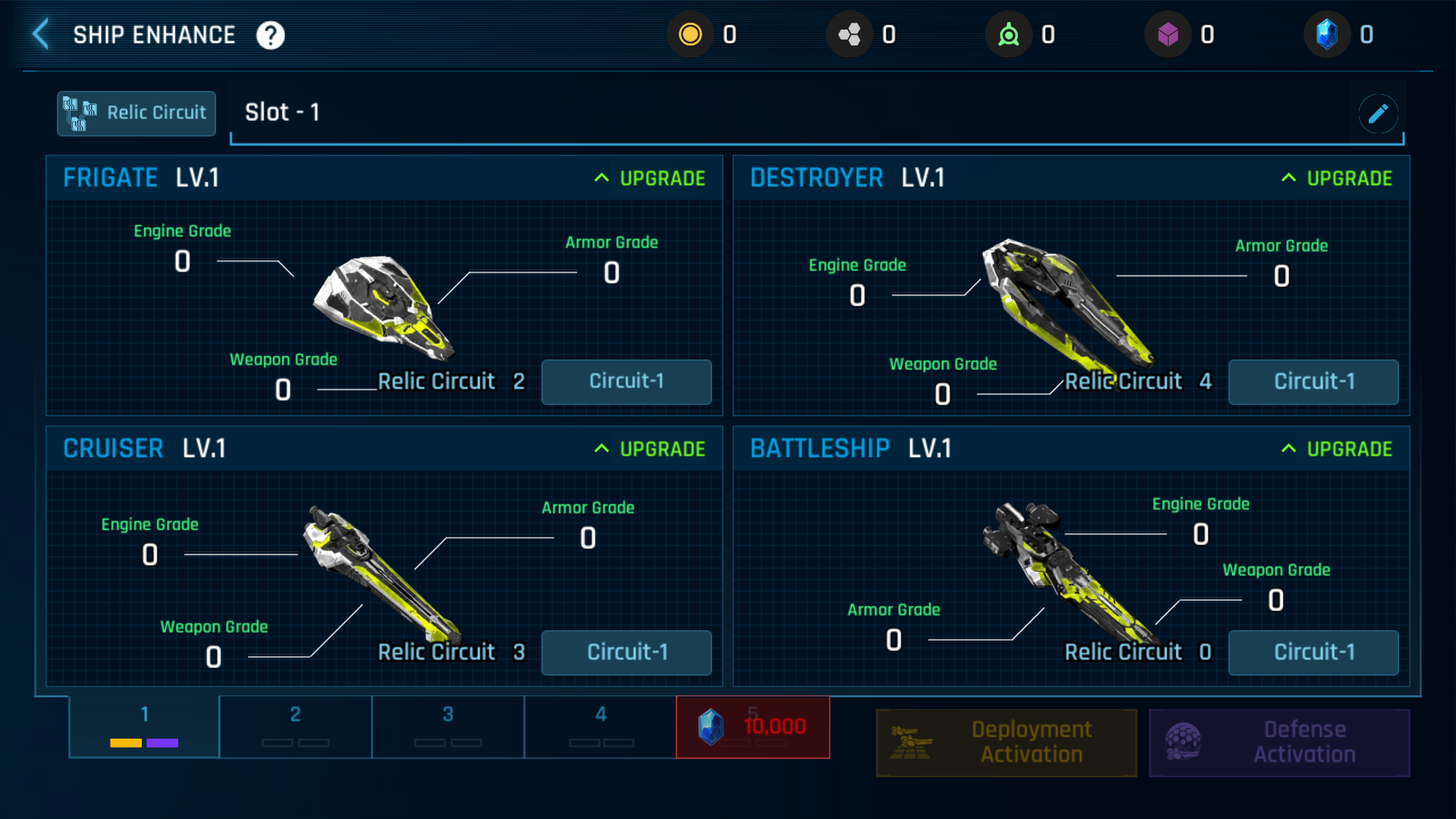 If a relic circuit is equipped in the ship enhancement slot, the relic effect will be applied.

The name of the equipped relic circuit is displayed on the button.

If there is no relic equipped, tap the 'Equip' button.

The overload effect can be used when the relic circuit reaches level 10.

The overload effect maintains the selected relic's grade and can be engraved with a new relic. 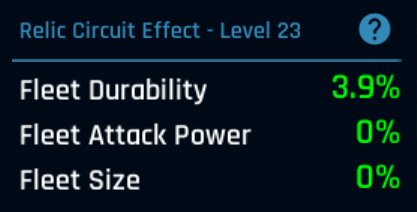 [Attack Speed] for normal ship engine enhancement has been changed to [Durability].

※ As the ship engine enhancement option changes from [Attack Speed] to [Durability], the durability enhancement value for both armor and engine will be displayed as a unified value.

The basic values of the 4 evasion type formations have been adjusted.

- You will be able to change the flagship's tactics in both Galaxy and Interspace 'Organize Fleet' page for both fleet and defense formation. 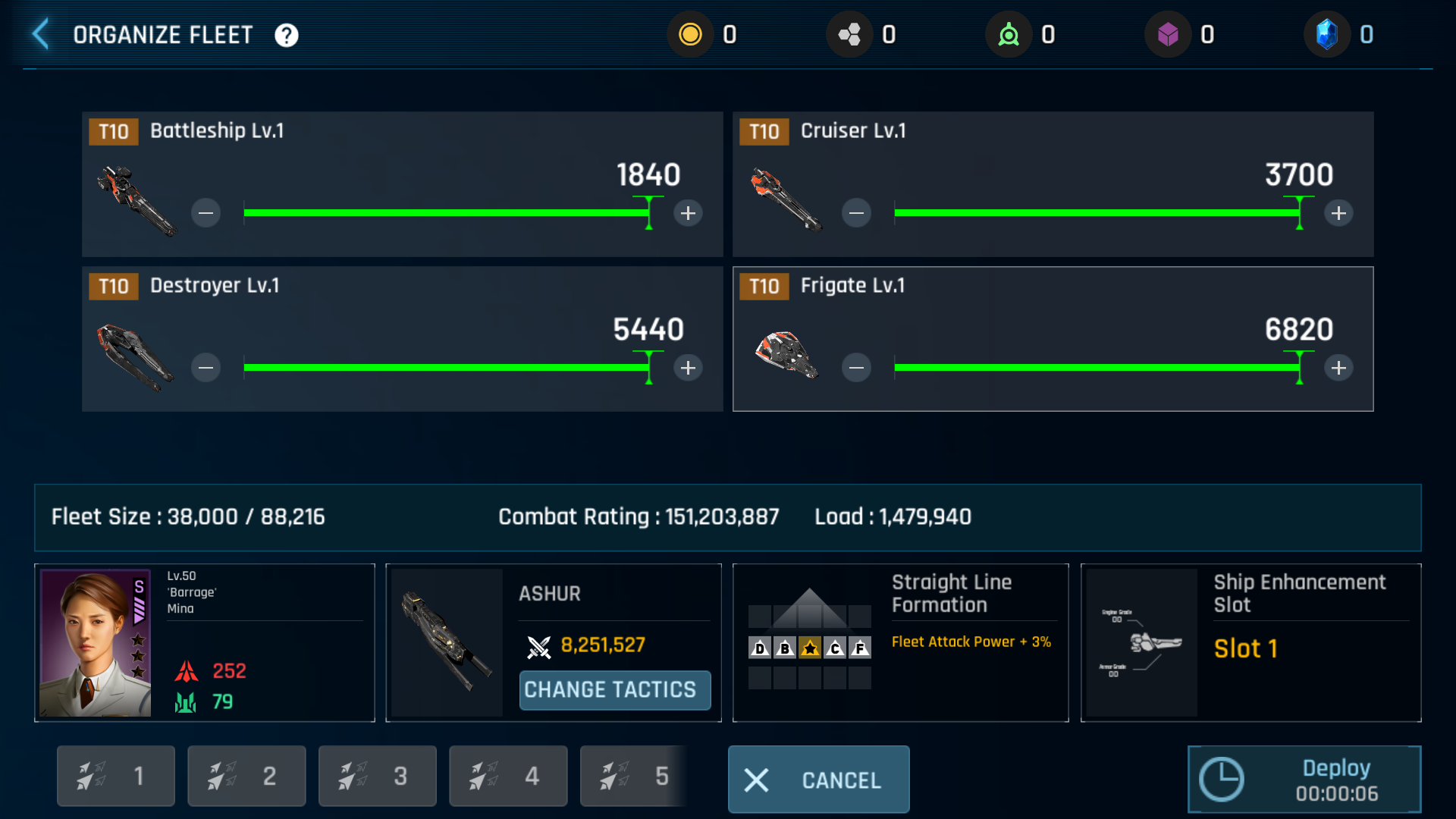 - Increased the maximum number of heroes per level in the Academy facility.

- The use of the Fleet Speed Boost items will be added to the daily mission.

- Attacking a fleet from the harvesting site is added to the 'Declare War' target.

- Other text and bug fixes were applied.