Tenebris is a huge artificial structure located in the dark zones of each galaxy. It is a large scale of warp gate created during the golden age of the Tetmes period. It had an important role in providing warp points that could transfer to the empire's territory -other galaxies, with the characteristics of the dark zone. Because it was made in the Tetmes era that has been lost, we have to get the Tenebris from CRUX, which can not be rebuilt now.

E.M.U. and the entire galaxies are watching who will be the Federation to defeat numerous competitors and regain Tenebris and reconnect the Galaxy. 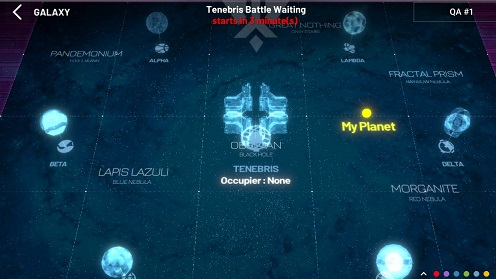 The battle starts at 00:00 UTC (Saturday) and will be held once every 4 weeks.

If you win the battle, you will take control of the Tenebris and the 6 satellites in which you could receive various benefits, rewards, and function. 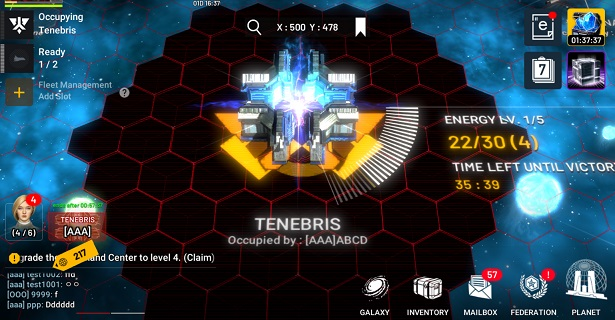 The Federation which charges all the energy needed to run Tenebris wins the battle.

The energy charge is divided into 5 stages when enough energy is collected, it will progress to the next stage. Energy is charged when you maintain the Tenebris occupation. When you take control of Tenebris, 1 energy point is charged per minute. 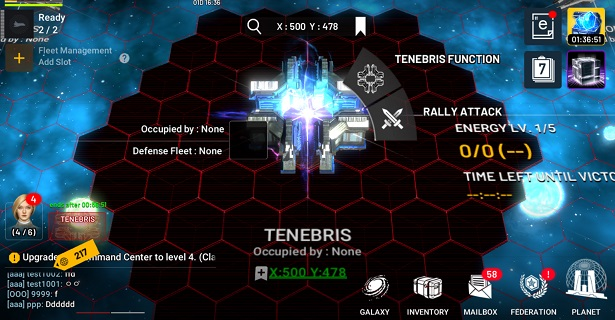 Tenebris and satellites cannot be scouted.

If the rally attack wins against the defense fleet, the attacker’s Federation will take over the target.

There is no limit to the simultaneous occupation of the Tenebris and satellites.

At the start of the battle, the NPC defense fleet will be defending Tenebris and its satellites. 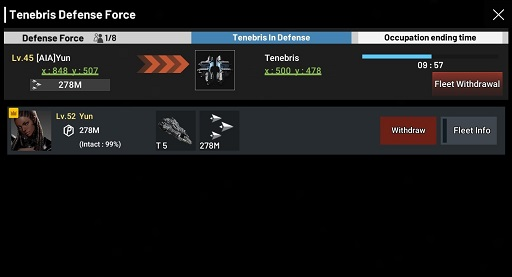 If you win from the Tenebris or satellite attacks and in occupation state, you can form a defense fleet to defend it.

Defense commander can be transferred to another Federation member who is a part of the defense fleet.

The fleet that wins will automatically become the defense fleet and incoming rallies from the winning Federation will automatically return to their respective planets. It is advisable to immediately deploy additional support fleets during the occupation.

When the Defensive Commander leaves and withdraws his fleet, the Defense Leader will automatically be delegated to the Commander with the highest combat ratings in the defensive fleet. 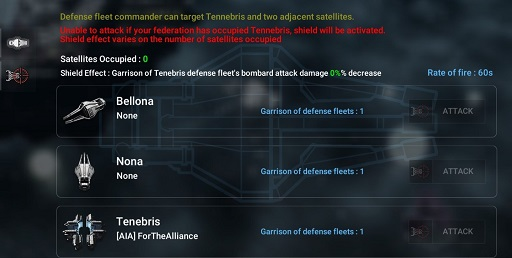 By occupying the satellites, you can attack the Tenebris’ defense fleet or other satellites with its ‘Satellite Bombarding’ skill.

Satellite Bombarding skill can damage 1% (minimum number of damage = 1) of the defense fleet once every 60 seconds.

The target has to be the closest two satellites and Tenebris.

Defending fleets do not automatically return even if all their defensive ships were damaged by the Satellite Bombarding skill.

The Federation occupying Tenebris will not be able to use the Satellite Bombarding skill.

※ When you use Satellite Bombarding skill to Tenebris or satellite when fleets are in a battle, no damages will be incurred from the skill.

If you are occupying both the Tenebris and satellite, the shield will be applied when Satellite Bombarding damage occurs.

Shield effect will reduce the fleet damage incurred from Satellite Bombarding skill. Depending on the number of occupied satellites, the reduction rate increases by 10%.

The shield effect will be more powerful as much as the occupied satellites.

6-1) Rewards for the winning Federation members 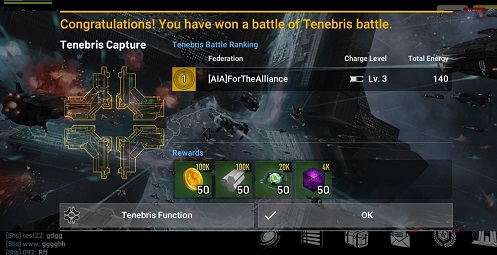 Victory rewards will be sent to all winning Federation members.

Federation leader from the winning Federation will be Tenebris’ controller.

The controller can distribute special rewards for contributors. 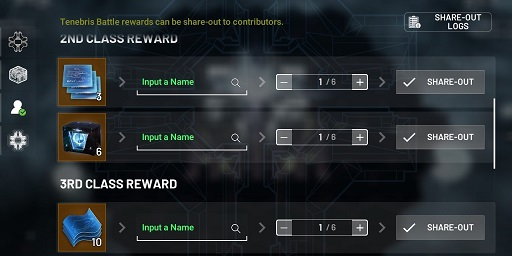 There are 5 levels of loots, and there are limitations that can be contributed.

Tenebris controller can assign the owners for 6 satellites.

You can use a special buff for Tenebris. 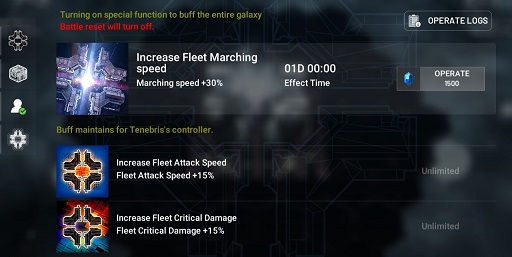 You can send a message to all Commanders in the galaxy with ‘Controller's Voice’ function. 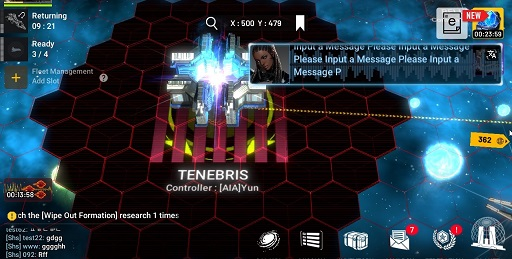 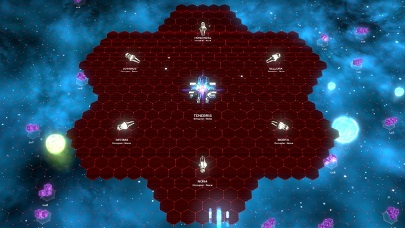 The owner can use special buffs from the satellite. 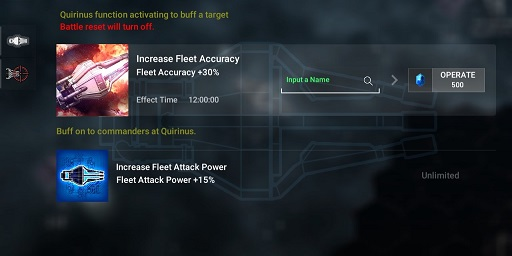 Federation members that joined the Federation less than 24hrs will not be able to participate in the battle.

When you are participating in the rally attack or defense during the Tenebris battle, you will not be able to use shield or relocation items.