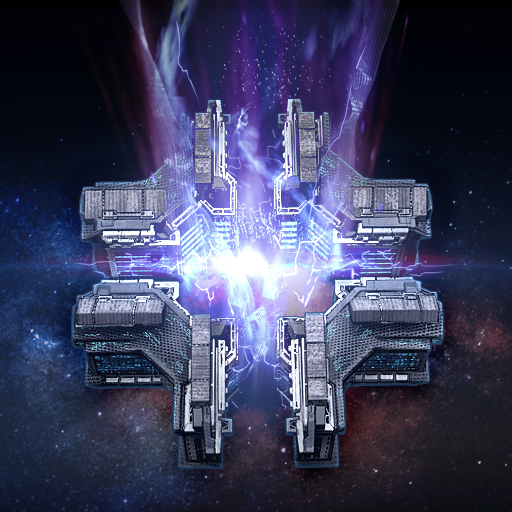 On the 26th of October, the first-ever Tenebris war begins. Tenebris is the name of the wormhole control system in the galaxy which serves as a gateway to move out of the galaxy and could bring great honor and power to its controller. Tenebris is located in the center of the galaxy and protected by 6 satellites. If you have what it takes to be the mightiest Commander of the galaxy, you will be able to have a chance to win this battle once every 4 weeks.

-    Commanders will fight to take control of Tenebris and the 6 satellites.

-    6 satellites will serve as the bridgeheads for the Tenebris and can only be owned by one Federation.

-    If you win the battle, you will take control of the Tenebris and the 6 satellites in which you could receive various benefits, rewards, and function.

-    The Federation which charges all the energy needed to run Tenebris wins the battle.

-    The energy charge is divided into 5 stages when enough energy is collected, it will progress to the next stage.

-    Energy is charged when you maintain the Tenebris occupation.

-    When you take control of Tenebris, 1 energy point is charged per minute.

-    In the absence of a winner, the Federation with the highest level and accumulated points will take control of Tenebris.

-    Tenebris and satellites cannot be scouted.

-     If the rally attack wins against the defense fleet, the attacker’s Federation will take over the target.

-    There is no limit to the simultaneous occupation of the Tenebris and satellites.

-    At the start of the battle, the NPC defense fleet will be defending Tenebris and its satellites.

-    If you win from the Tenebris or satellite attacks and in occupation state, you can form a defense fleet to defend it.

-    The fleet that wins will automatically become the defense fleet and incoming rallies from the winning Federation will automatically return to their respective planets. It is advisable to immediately deploy additional support fleets during the occupation.

-    When the Defensive Commander leaves and withdraws his fleet, the Defense Leader will automatically be delegated to the Commander with the highest combat ratings in the defensive fleet.

-    When the defense fleet has been disbanded, the status of the occupation will be opened.

- The number of Federation members that can participate in defense fleet: 8

-    By occupying the satellites, you can attack the Tenebris’ defense fleet or other satellites with its ‘Satellite Bombarding’ skill.

-    Satellite Bombarding skill can damage 1% (minimum number of damage = 1) of the defense fleet once every 60 seconds.

-    Defending fleets do not automatically return even if all their defensive ships were damaged by the Satellite Bombarding skill.

-    The Federation occupying Tenebris will not be able to use the Satellite Bombarding skill.

-    When you use the Satellite Bombarding skill to Tenebris or satellite when fleets are in a battle, no damages will be incurred from the skill.

-    6 satellite owners will be appointed by Tenebris ruler.

-    The owner can use special buffs from the satellite. This can only be appointed to Federation members.

-    The buff will be applied to the owner without restrictions.

-    Depending on the number of occupied satellites, the reduction rate increases by 10%.

<Rewards for the winning Federation members>

-    Victory rewards will be sent to all winning Federation members.

- Federation leader from the winning Federation will be Tenebris’ controller. The controller can distribute special rewards for contributors.

- There are 5 levels of loots, and there are limitations that can be contributed.

- Tenebris controller can assign the owners for 6 satellites.

- You can only assign once. Delegate wisely.

- If you transfer the Tenebris ownership, all power will be transferred immediately.

- Tenebris controller can only be assigned within the winning Federation members, and for the 6 satellites, there is no restrictions for the assignment.

- Two special buffs can be applied to you with no limitation

You can send a message to all Commanders in the galaxy with ‘Controller's Voice’ function.

- The message limit will be 300 characters.

- The message will be sent 3 times and can be seen by all Commanders who are logged in.

-    Federation members that joined the Federation less than 24hrs will not be able to participate in the battle.

-    When you are participating in the rally attack or defense during the Tenebris battle, you will not be able to use shield or relocation items.

-    When a planet has been attacked by a Commander who has 15 or more levels higher and incurred a certain amount of damages, a temporary planetary protection shield will be activated to prevent further damages. (If the damage is below a certain point, the shield won’t be activated)

-    Also, to prevent creating alternative accounts, we will change the condition of the random port from 50 attacks to 20 attacks.

-    Currently, ship enhancements were not applied to the National Power. We are going to change the results of strengthening the ships and the proportion of resources input will be reflected on your National Power after the upcoming update.

-    After each WAVE battle and before the next battle starts, you can finish the WAVE without any damages.

-    If you win five times in a row, you’ll move to the result page

-    For better gameplay, abandoned planets will be eliminated.

•    Without any purchase records

- ‘Receive All’ function in the mailbox system has been improved, and some unnecessary reports are deleted or replaced to condensed reports. (2 Alien Fleet Reports)

*Alien Fleet rewards for the Alien Fleet will go directly to the inventory.

- Exchange previous event tokens in your inventory with resources